The U.S. House passed on Tuesday a ban on abortions after 20 weeks of gestation in a largely party-line vote. The measure is a major pro-life legislative priority, but it is expected to fail in the Senate.

“The New England Journal of Medicine has documented that premature babies are surviving earlier and earlier, yet our nations laws fail to protect these children,” stated Maureen Ferguson, senior policy advisor with The Catholic Association.

The House passed the Pain-Capable Unborn Child Protection Act late in the afternoon of Oct. 3 by a vote of 237 to 189, largely along party lines. The chamber also passed a version of the bill in 2015; but Tuesday’s bill, as in 2015, is expected to fail in the Senate. 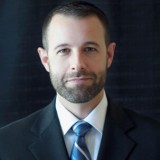